Workshop: Dancing with the Cannibal Giant

New Stories for the Great Transition. This film was made as a result of watching one of many great climate change/inequality/injustice films that have appeared in recent years. All too often, the comments from the audience that followed the viewing were,… “but what can I do?” “How can we possibly beat the giant forces aligned against us?; they are just too big and powerful.”

The real question, it seems, is how do we get beyond the duality of understanding something very deeply, but being unable to act in a way that addresses the depth of that understanding; to step away from the consumption culture that we have been born into, and welcome our human capacity to create a new narrative for ourselves, our communities and the world.

We imagine stories like you see in this film – along with so many others… are a key element at building that capacity.

This film is intended as a companion to essential dialogue with viewers. Thus, we will have a short introduction to the film and plenty of time after it for sharing.

Watch the documentary on-demand at your convenience or watch it together during the film conversation.
Sign up HERE to watch FREE films during the summit – https://bit.ly/3CQU18j
Films Series Sponsor: Films for the Planet 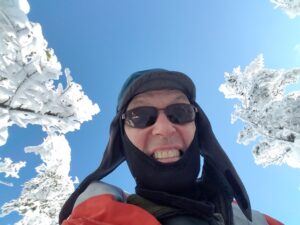 Chris Wood is the founder and coordinator of BALE (Building A Local Economy), based in South Royalton, Vermont. In addition to serving on numerous community boards and organizations, Chris has founded or co-founded many nonprofit Vermont organizations over the last 35 years. His strength is networking, collaboration, and working with diverse groups/participants to strengthen community goals. His only recognizable relaxation is hiking, following his wife Sylvie on skis, and happily taking control in the kitchen (he also co-founded the quirky and beloved Horn of the Moon Café in Montpelier, Vermont over 40 years ago). 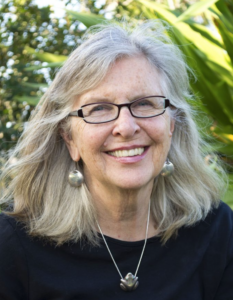 Ruah Swennerfelt is a founding member of Transition Town Charlotte, now titled Sustainable Charlotte Vermont, and is a member of Middlebury Friends Meeting (Quakers). She served as General Secretary for Quaker Earthcare Witness (QEW) for 17 years. During her tenure with QEW she helped Friends and Friends Meetings to become aware of the spiritual relationship that humans have with Earth and to make changes in their lives that would bring them more in harmony with that relationship. After leaving her work at QEW, Ruah traveled in Palestine, Europe, and parts of the United States interviewing people involved in Transition and visiting their Initiatives. Much of that she learned from those visits inspired the writing of the book, Rising to the Challenge: The Transition Movement and People of Faith.

Ruah currently serves as president of the Sustainable Charlotte Vermont board, is co-clerk of the Middlebury Friends Meeting, and serves on its Earthcare Committee. She has given many presentations, workshops, and keynote talks across North America, Cuba, and England. She has written numerous articles for BeFriending Creation and Friends Journal. She has authored and co-authored chapters in several books. She occasionally blogs at www.transitionvision.org.

She and her husband, Louis Cox, live in rural Vermont where they grow most of the vegetables and fruits they consume, make their own electricity, and heat their water from the sun, attempting to live lives that are simple, rich, and meaningful.